Here is the Location of the Beef 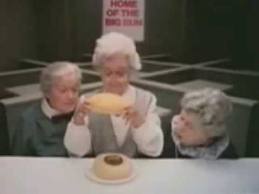 I would love to embed videos right here, but my free blog doesn’t let me unless i pay, so you all will have to settle for links if you’d like to follow along.  The beef will open for you in a new tab, so you won’t lose me for a second.

I would like to present a classic example of terrible CGI.   Eraser (’96). The crocodile scene.  Witness the insult to an animal that has been around since the dinosaurs.  And I mean the crocodile, in case that wasn’t clear.

The movement has totally uneven weight distribution, gravity makes them an anvil one moment, feather the next. The coloration too green, too bright.   Over-exaggeration abounds, and what’s with the rage?  So, its waited whole life to wreak havoc at the first opportunity?  Well, I guess it would be when Arnold Schwarzenegger’s the first to greet you in the free world.

When it comes to furred animals, it’s just chaos.  The problem used to be from puppets–that creepy, plastered, taxidermy look.  Too stationary, too…dead.  But we’re overcompensating now.   Fur always becomes a field of wheat in the breeze with every possible hint of movement (see Aslan in Chronicles of Narnia).  And that’s the thing, all the movements are supposed to be subtle, i.e. natural.

Like a dish described as having a “hint” of anchovy, it can’t be a ‘hint’ if its overpowering stink  draws all the attention away from everything on display.   No people.  The fur and everything else, just stays.  Leave it.  You can’t pay attention to plot and dialogue if the wisdom and nobility of the animal is shoved down your throat at every domino effect eyebrow raise.

Lets discuss The Ring II (’05).  The scene where the elk attack (skip ahead 30 seconds) and then surround the car. They come so close to good CGI, especially at 0:41 seconds in the link attached. The jerkiness is excellent, I actually can’t tell if that’s real or not.  But then it just all goes downhill from there.  The eeriness is ruined from the obsessive ear flicking and tail wagging like a swarm of microscopic parasites are

chewing every part of their flesh as we speak.  Then the moon-walking, and over-nodding of heads, oh it’s a mess. People, you have made a deer, just leave it, it doesn’t need to do anything, just let it stand there.  The Ring 1’s horse scene was perfect, I don’t know one person who wasn’t traumatized by it, it can’t be outdone, and they tried with computers.  Bad animators!

Jumanji (’95) – Yikes. Deplorable monkeys.They try to do the whole puppet/cgi combo with the lion, which I respect, but they fail miserably, both versions look

terrible.  Mostly overall heinousness in this movie.  Clearly they tried their hardest in the stampede of rhinos and elephants, which isn’t too bad, especially given the year this was made.  But the lighting is way off, like they just couldn’t quite copy and paste stock footage into a 3d setting, and it feels too fast.

I could go on and on about terrible cgi, but I should attempt to maintain the theme of this blog: enthusiasm, so here’s the best I can muster:

Charlie and the Chocolate Factory (’05) – takes on furry and is much more successful. The squirrel scene. The fur is fine, the actions very like actual squirrels. There’s still something a tiny bit off about it, but I suspect the fault may only be in the bizarre context.  Hard to accept something that appears real pushing a girl Gilligan style across a fluorescent room into a hole in the floor. Also, squirrels are a cgi-friendly animal.  No need to imply stately grace and majesty, just fast breathing, jerky movements, and with over 50 of them at once. Too distracting for us to pick out any specific faults. Oddly the rest of movie’s cgi is sub-par, but kudos to the squirrel team.

Final Fantasy VII: Advent Children (’05) – This movie has some of the best depictions of humans (or at least, human supermodels).  It’s beautiful what they’ve done with CGI, even if it doesn’t always work, it’s still lava lamp mesmerizing and I think that counts for something. There still is a tiny, almond slice hint of bounciness, and the hair is out of control. But as far as the hair, let’s face it, we all wish it looked like that, and I can’t criticize fantasy indulgence especially when it’s in the title for sheesh sake.  Unfortunately, the movie is so totally without a remote cohesion of plot (so, anime then?) that even mesmerizing effects didn’t keep me interested.  Maybe if I’d spent half my life playing the 29 games and watching the other movie installments I would understand….

Legend of the Guardians (’10) – Australia’s beautiful movie about good owls and bad owls in an epic battle of graham cracker proportions. Animated movies nowadays can be downright painful, and I miss the drawn days, but I firmly believe there is hope. Mostly, from this movie, which I think is the best cgi I’ve seen since JP.  Again, it comes down to friggin research people.

For this movie, 2 weeks of filming owls was brought back to the animators so they wouldn’t just make it up based on our preconceived notions of owls. The featherwork is fantastic, the eyelids just cool, and better still the story is intriguing and not afraid to get dark, in that Secret of NIMH kind of way.  Though I still have issues with the overdone facial expressions and cheap sidekick gags, but that’s not part of the “living thing” depiction, since owls don’t talk or entertain children with stupidity.  Can’t record that for 2 weeks.  Otherwise, you gotta give credit to this team who literally worked for a week for every 5 seconds of film created.

So, like’s it’s always been, cgi or not, some movies are good, most are crappy.  So what?  If they were all good, how would we know?  Rant concluded.  Watch carefully.